Chris Gaston Sensei has studied aikido since 1985 and currently holds the rank of sandan. He founded the Roanoke Budo Kai in 1994 as an independent dojo. The dojo’s independence allowed Gaston Sensei to broadly focus on many aspects of the art. Additionally, by offering aikido as a class through the Roanoke County Parks and Recreation Department, Gaston Sensei could also uphold O’Sensei’s belief that Aikido is for everyone. Gaston Sensei designed the patch worn by all RBK aikidoka on left shoulder of his/her gi. There is important symbolism in this patch: the landscape and star references our dojo’s home in the Roanoke Valley, the bamboo represents the flexibility and movement of aikido and the crane shares Aikido’s Japanese origins.

Eric Goodbar Sensei began his Aikido training under Gaston Sensei in 1997 and continued under Hamden Sensei when he was appointed Shidoin (Chief Instructor). Goodbar Sensei was awarded the rank of shodan and Fuku Shidoin (assistant instructor) in 2000. His professional training in Massage Therapy, The Rossiter System, Ki for Health, and other healing and movement arts engenders an increased appreciation of all the physical, meditative, and spiritual aspects of aikido both as a martial art and its everyday applications in life.

Aikido is a Japanese martial art teaching self defense using efficient body movements, not strength, to redirect the force of an attack and diffusing it. The physical aspects of aikido replace punching and kicking an opponent with joint locks and throws. Aikido training also focuses on the flow of energy and the dynamics of movement and encourages partners to train together cooperatively. Training offers additional benefits beyond self-defense and will increase your awareness, flexibility, and balance. You will also have the opportunity to train your body and mind with breathing, and meditative exercise which help you learn principles that are practical for self defense as well as daily life. 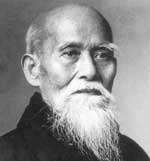 The founder of Aikido, Morihei Ueshiba, was born in Japan in 1883. As a child, O’Sensei lacked a healthy physical constitution and spent much of his time indoors. Upon his second attempt, he was able to enlist and served in the army during the Russo-Japanese War. After the war, Ueshiba continued his physical training by studying jujutsu at the dojo his father built. In 1929, Ueshiba moved his family to the Hokkaido province and lead the wilderness village to prosperity. During this time Ueshiba broadened his training to include and focus on aiki jutsu under Takeda Sensei. Martial arts were not all that fascinated Ueshiba and he was greatly influenced by masters of the Omoto-kyo. This spirituality is often what O’Sensei credits with his own enlightenment. Ueshiba continued his training and teaching up through World War II even though he moved to Tokyo. Hombu Dojo was built during this time and the name Aikido was officially used. In 1942, Ueshiba again moved, this time to the village of Iwama. His son, Kisshomaru Ueshiba, lead Hombu Dojo after his father’s departure and Aikido continued to grow. Ueshiba returned to his farming roots until his death in April 1969.

Aikido is the result of O’Sensei’s personal spiritual awakening to the knowledge that the source of Budo is God’s love, a spirit of loving protection of all things. He left behind the old view that martial arts should teach defeat and destruction. Instead, Aikido is an ethical martial art that is committed to peaceful resolution of conflict whenever possible and to self-improvement through training. 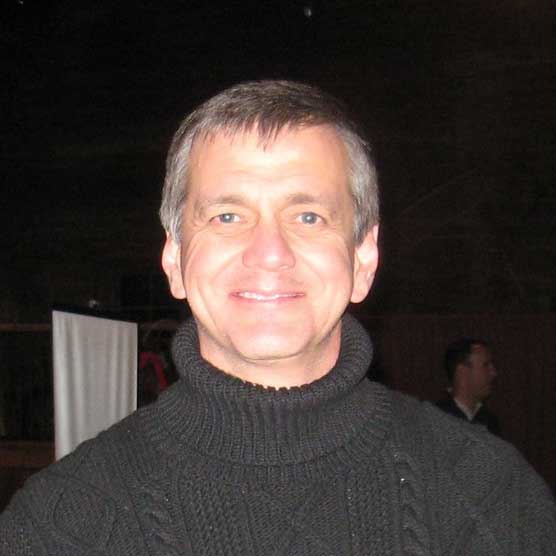 Chris Gaston Sensei has studied aikido since 1985 and currently holds the rank of sandan. He founded the Roanoke Budo Kai in 1994 as an independent dojo. The dojo’s independence allowed Gaston Sensei to broadly focus on many aspects of the art.

Eric Goodbar Sensei began his martial arts training under Gaston Sensei in 1997 and continued under Hamden Sensei when he was appointed Chief Instructor in 1999. Eric was awarded the rank of shodan in 2000 and was appointed as Assistant Instructor thereafter. In 2018 Gaston Sensei appointed Goodbar Sensei as the new Chief Instructor to take the lead in guiding the Kai into the future. He has enjoyed years of studying/teaching at Roanoke Budo Kai, visiting different aikido seminars of different styles/lineages, and reading a variety of aikido book’s, articles, blogs, etc. just taking it in and making it part of his life. Goodbar Sensei’s professional training in Massage Therapy, The Rossiter System, Ki for Health, and other healing and movement arts engenders an increased appreciation of all the physical, meditative, and spiritual aspects of aikido both as a martial art and its everyday applications in life. 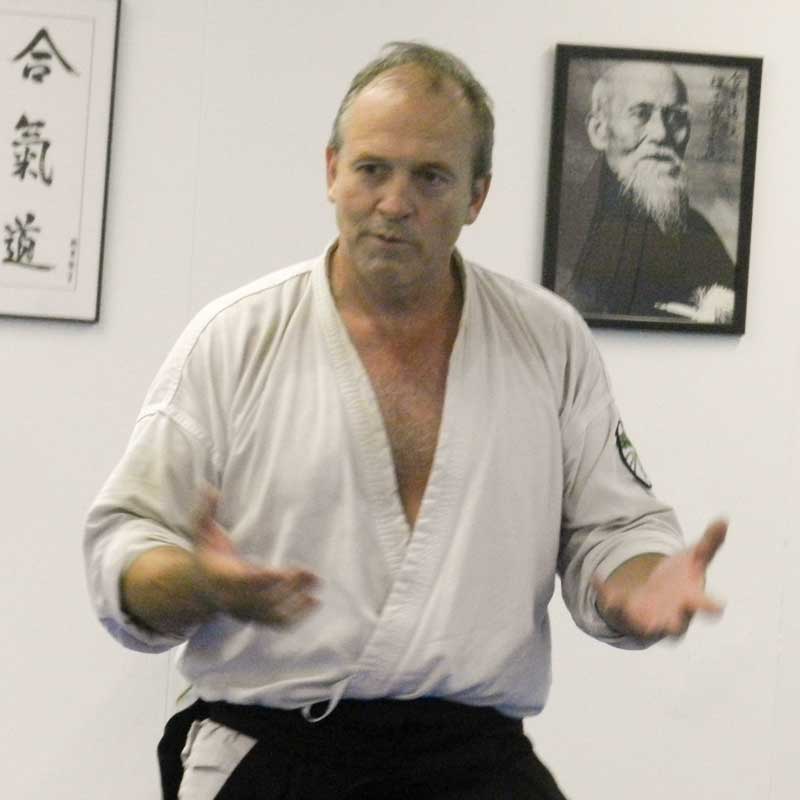 I joined Roanoke Budo Kai in 1999 at the age of 40. My then-teenage daughter wanted to take a martial art and I had read some about aikido, so we gave it a try. I have been here ever since. The study has truly helped me learn to relax and handle stressful situations more calmly. I still have much to learn and improve on and that is part of the fun. 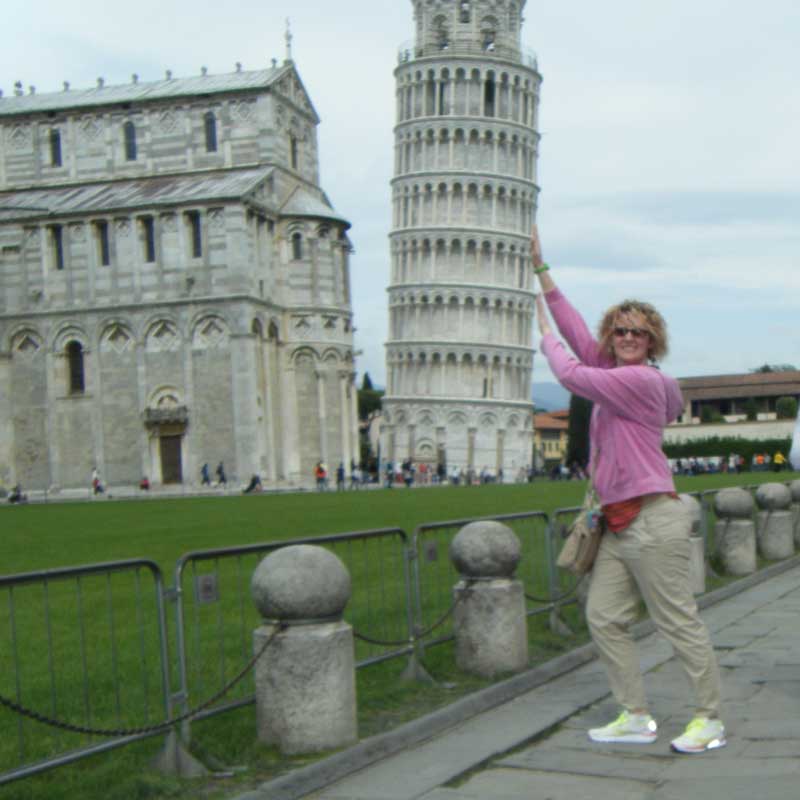 I moved to Roanoke in 2002 after getting a job with a local law firm. Two years later I stumbled across the Roanoke Budo Kai classes listed in the County Parks and Rec magazine when I was looking to join a yoga class. I’ve been training ever since as I simply fell in love with this art! Traveling is another passion and I try to combine the two by always searching for dojos to visit! I have now trained in Orlando (FL), New York City (NY), Richmond (VA), Charlotte (NC), Pagosa Springs (CO) and San Francisco (CA) and hope to add many more to the list!

When I’m not on the mat, I’m a husband and father, fixer of my 130+ year old house, manager of projects at GE, maker of music (mikefrankemusic.com), and hiker of trails. Aikido has been a part of my life since 1996, having trained in San Francisco and Asheville prior to moving to Roanoke. I trained in Taekwon Do prior to that, but was drawn to Aikido because if I put my thoughts about conflict resolution into a dance, Aikido is what it would look like. That’s why I train. That, and to keep proving to myself that salt and pepper hair doesn’t mean stiff and brittle body. For more of my ramblings, please check out mikeidomo.blogspot.com.